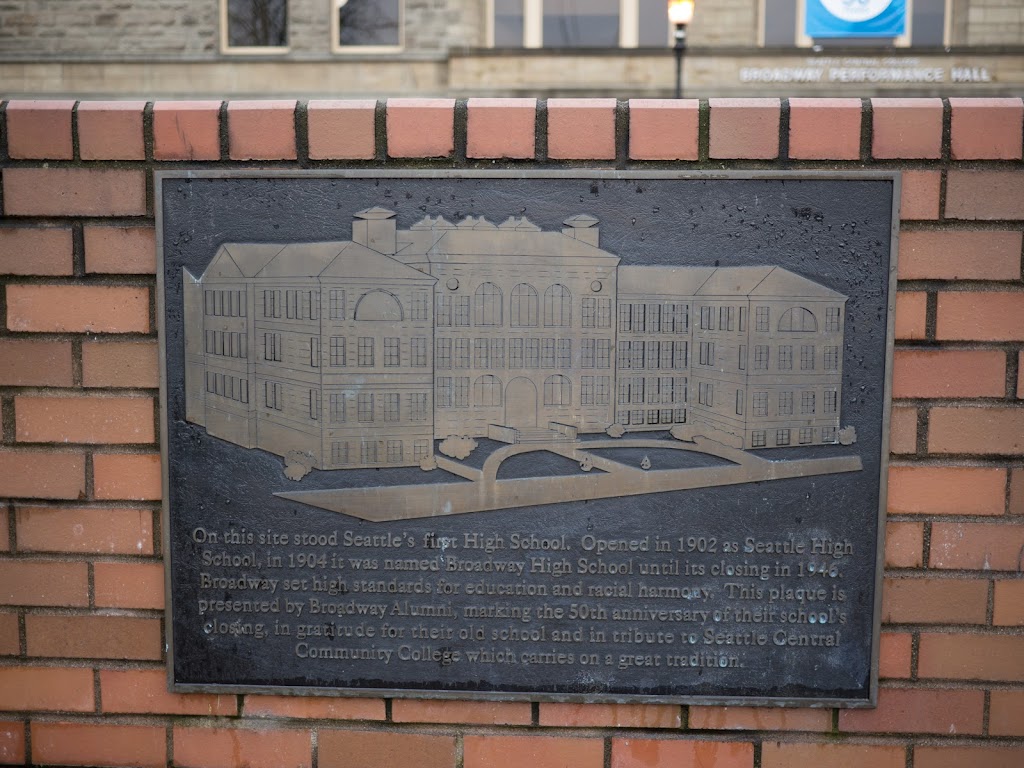 On this site stood Seattle's first High School. Opened in 1902 as Seattle High School, in 1904 it was named Broadway High School until its closing in 1946. Broadway set high standards for education and racial harmony. This plaque is presented by Broadway Alumni, marking the 50th anniversary of their school's closing, in gratitude for their old school and its contribution to Seattle Central Community College which carries on a great tradition.