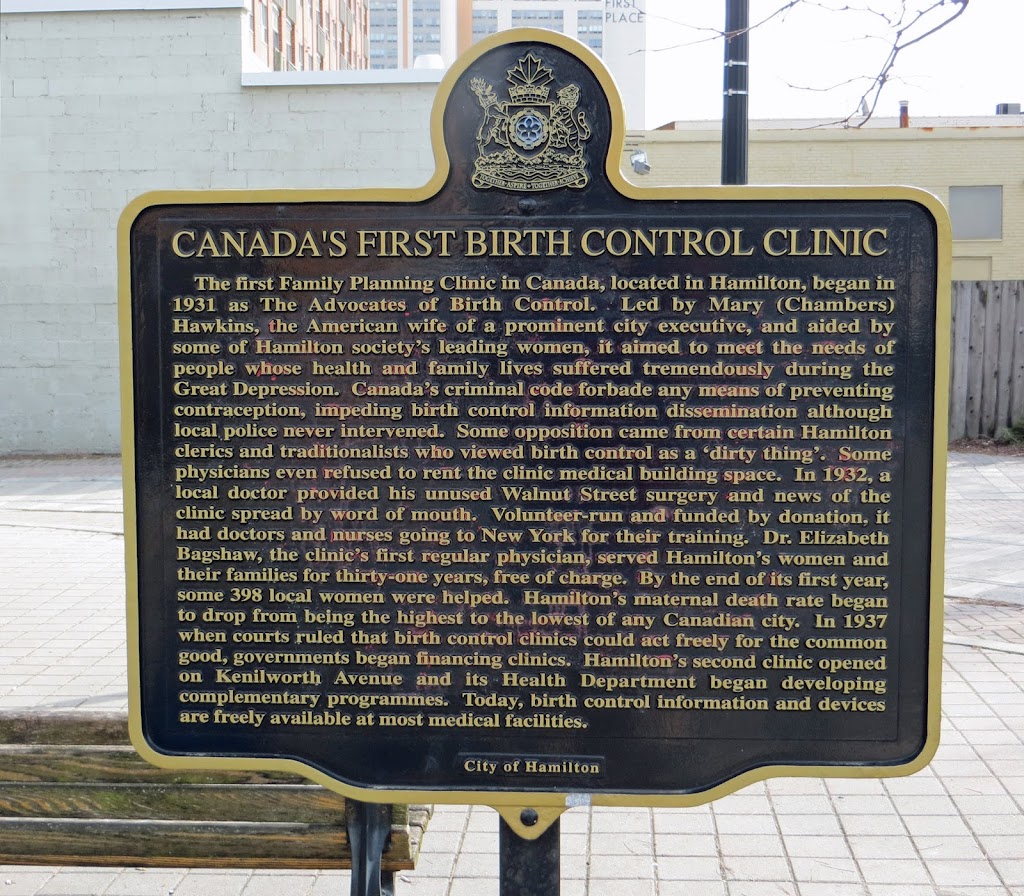 The first Family Planning Clinic in Canada, located in Hamilton, began in 1931 as The Advocates of Birth Control. Led by Mary (Chambers) Hawkins, the American wife of a prominent city executive, and aided by some Hamilton society’s leading women, it aimed to meet the needs of people whose health and family lives suffered tremendously during the Great Depression. Canada’s criminal code forbade any means of preventing contraception, impeding birth control information dissemination although local police never intervened. Some opposition came from certain Hamilton clerics and traditionalists who viewed birth control as a ‘dirty thing’. Some physicians even refused to rent the clinic medical building space. In 1932, a local doctor provided his unused Walnut Street surgery and news of the clinic spread by word of mouth. Volunteer-run and funded by donation, it had doctors and nurses going to New York for their training. Dr. Elizabeth Bagshaw, the clinic’s first regular physician, served Hamilton’s women and their families for thirty-one years, free of charge. By the end of its first year, some 398 local women were helped. Hamilton’s maternal death rate began to drop from being the highest to the lowest in any Canadian city. In 1937 when courts ruled that birth control clinics could act freely for the common good, governments began financing clinics. Hamilton’s second clinic opened on Kenilworth Avenue and its Health Department began developing complementary programmes. Today, birth control information and devices are freely available at most medical facilities.