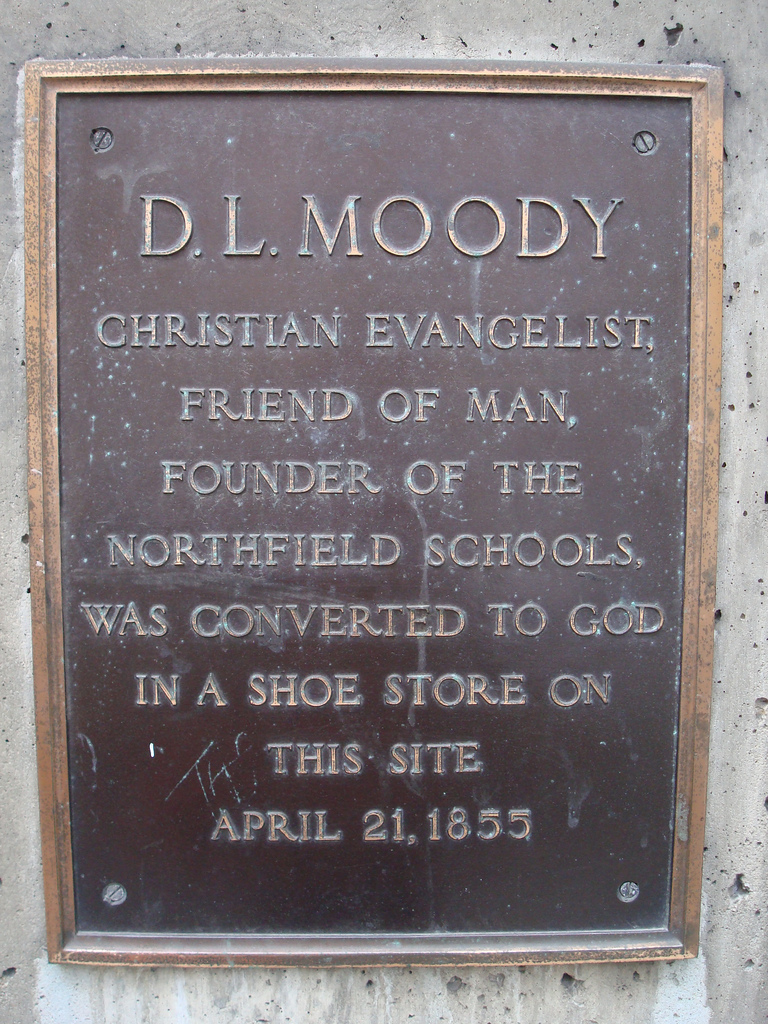 D. L. Moody Christian Evangelist, Friend of Man, Founder of the Northfield Schools, was converted to God in a shoe store on this site April 21, 1855