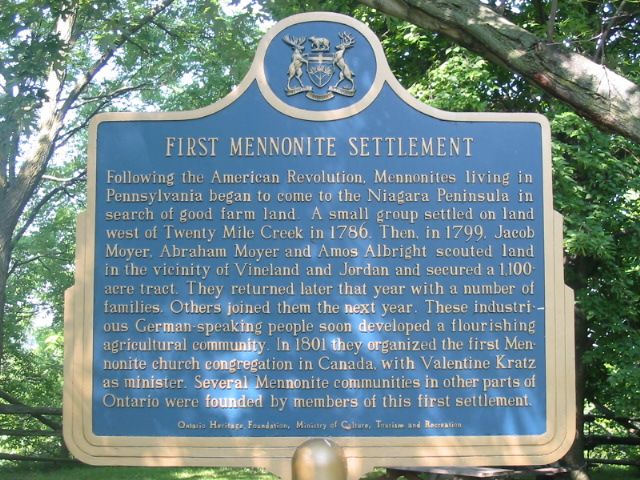 Following the American Revolution, Mennonites living in Pennsylvania began to come to the Niagara Peninsula in search of good farm land. A small group settled on land west of Twenty Mile Creek in 1786. Then, in 1799, Jacob Moyer, Abraham Moyer and Amos Albright scouted land in the vicinity of Vineland and Jordan and secured a 445 ha tract. They returned later that year with a number of families. Others joined them the next year. These industrious German-speaking people soon developed a flourishing agricultural community. In 1801 they organized the first Mennonite church congregation in Canada, with Valentine Kratz as minister. Several Mennonite communities in other parts of Ontario were founded by members of this first settlement.