The Founding of Sarnia 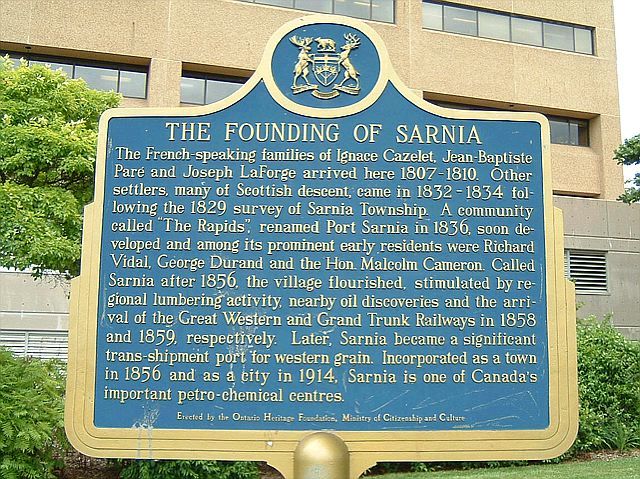 The French-speaking families of Ignace Cazelet, Jean-Baptiste Paré and Joseph LaForge arrived here 1807-1810. Other settlers, many of Scottish descent, came in 1832-1834 following the 1829 survey of Sarnia Township. A community called "The Rapids", renamed Port Sarnia in 1836, soon developed and among its prominent early residents were Richard Vidal, George Durand and the Hon. Malcolm Cameron. Called Sarnia after 1856, the village flourished, stimulated by regional lumbering activity, nearby oil discoveries and the arrival of the Great Western and Grand Trunk Railways in 1858 and 1859, respectively. Later, Sarnia became a significant trans-shipment port for western grain. Incorporated as a town in 1856 and as a city in 1914, Sarnia is one of Canada's important petro-chemical centres.