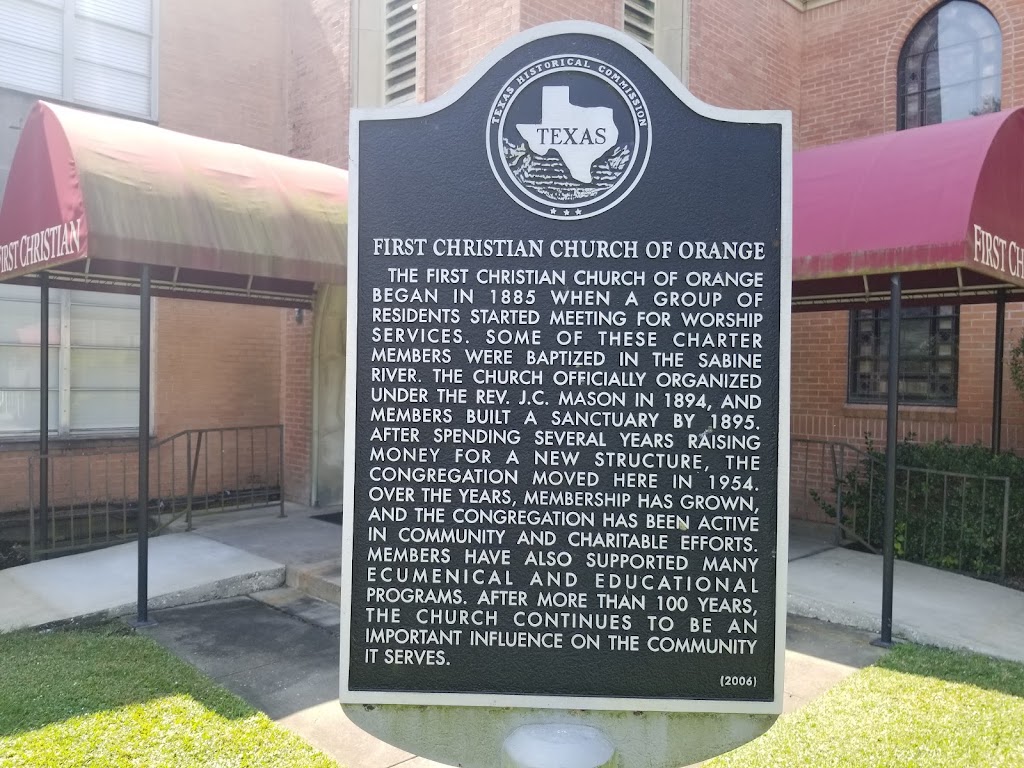 The First Christian Church of Orange began in 1885 when a group of residents started meeting for worship services. Some of these charter members were baptized in the Sabine River. The church officially organized under the Rev. J.C. Mason in 1894, and members built a sanctuary by 1895. After spending several years raising money for a new structure, the congregation moved here in 1954. Over the years, membership has grown, and the congregation has been active in community and charitable efforts. Members have also supported many ecumenical and educational programs. After more than 100 years, the church continues to be an important influence on the community it serves.