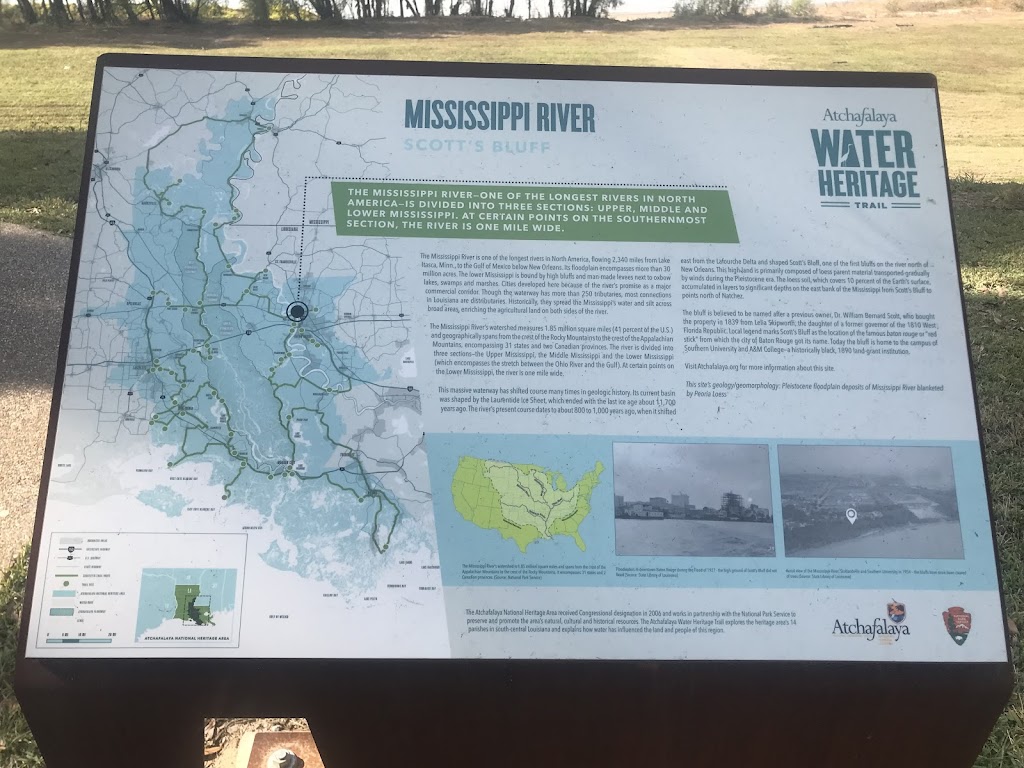 The Mississippi River - One of the longest rivers in North America - is divided into three sections: Upper, Middle and Lower Mississippi. At certain points on the southernmost section, the river is one mile wide.

The Mississippi River is one of the longest rivers in North America, flowing 2,340 miles from Lake Itasca, Minn., to the Gulf of Mexico below New Orleans. Its floodplain encompasses more than 30 million acres. The lower Mississippi is bound by high bluffs and man-made levees next to oxbow lakes, swamps and marshes. Cities developed here because of the river’s promise as a major commercial corridor. Though the waterway has more than 250 tributaries, most connections in Louisiana are distributaries. Historically, they spread the Mississippi’s water and silt across broad areas, enriching the agricultural land on both sides of the river.

This massive waterway has shifted course many times in geologic history. Its current basin was shaped by the Laurentide Ice Sheet, which ended with the last ice age about 11,700 years ago. The river’s present course dates to about 800 to 1,000 years ago, when it shifted east from the Lafourche Delta and shaped Scott’s Bluff, one of the first bluffs on the river north of New Orleans. This high land is primarily composed of loess parent material transported gradually by winds during the Pleistocene era. The loess soil, which covers 10 percent of the Earth’s surface, accumulated in layers to significant depths on the east bank of the Mississippi from Scott’s Bluff to points north of Natchez.

The bluff is believed to be named after a previous owner, Dr. William Bernard Scott, who bought the property in 1839 from Lelia Skipworth, the daughter of a former governor of the 1810 West Florida Republic. Local legend marks Scott’s Bluff as the location of the famous baton rouge or “red stick” from which the city of Baton Rouge got its name. Today the bluff is home to the campus of Southern University and A&M College—a historically black, 1890 land-grant institution.