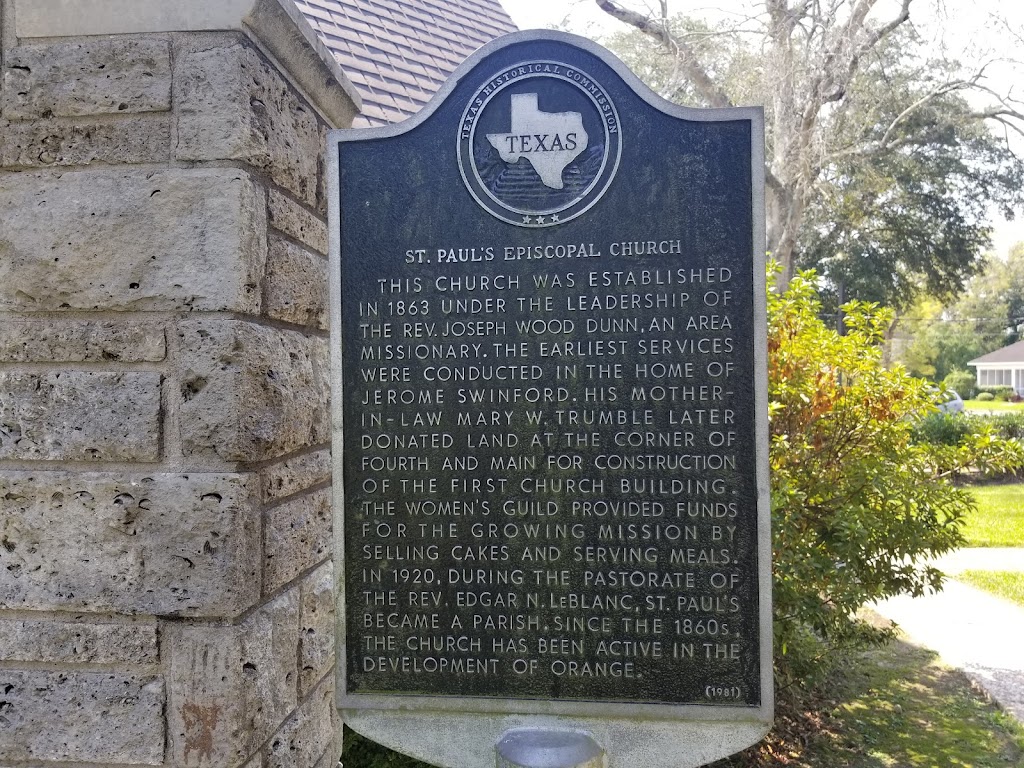 This church was established in 1863 under the leadership of the Rev. Joseph Wood Dunn, an area missionary. The earliest services were conducted in the home of Jerome Swinford. His mother-in-law Mary W. Trumble later donated land at the corner of Fourth and Main for construction of the first church building. The Women's Guild provided funds for the growing mission by selling cakes and serving meals. In 1920, during the pastorate of the Rev. Edgar N. LeBlanc, St. Paul's became a parish. Since the 1860s, the church has been active in the development of Orange.