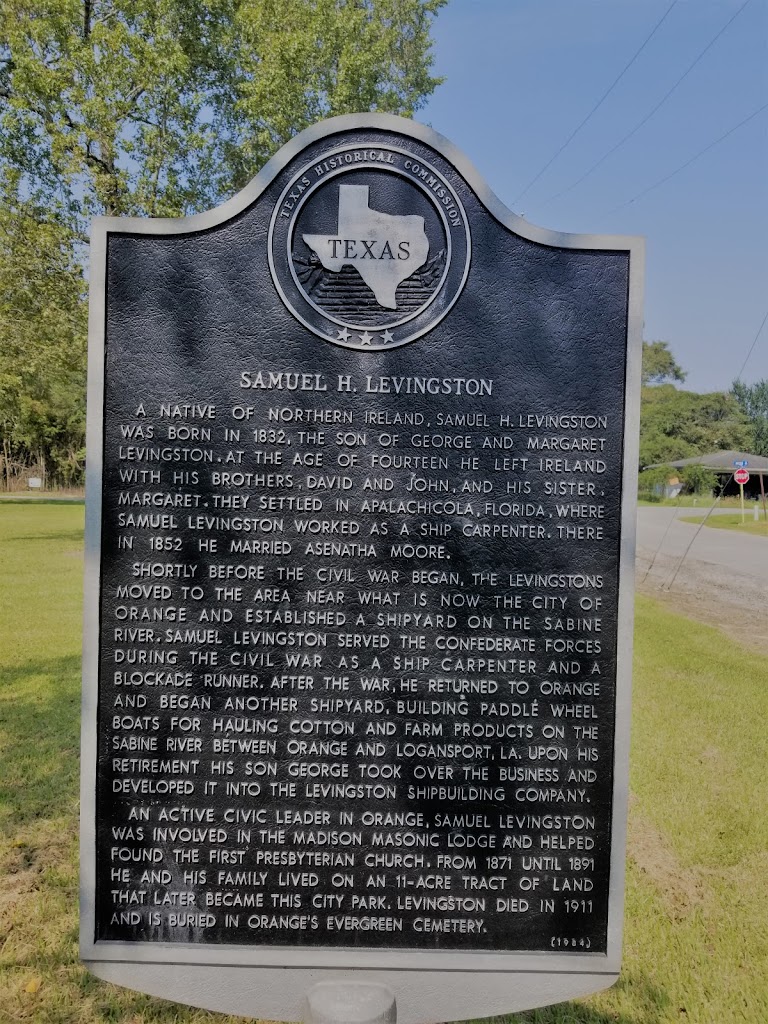 A native of northern Ireland, Samuel H. Levingston was born in 1832, the son of George and Margaret Levingston. At the age of fourteen he left Ireland with his brothers, David and John, and his sister, Margaret. They settled in Apalachicola, Florida, where Samuel Levingston worked as a ship carpenter. There in 1852 he married Asenatha Moore.

Shortly before the Civil War began, the Levingstons moved to the area near what is now the city of Orange and established a shipyard on the Sabine River. Samuel Levingston served the Confederate forces during the Civil War as a ship carpenter and a blockade runner. After the war, he returned to Orange and began another shipyard, building paddle wheel boats for hauling cotton and farm products on the Sabine River between Orange and Logansport, LA. Upon his retirement his son George took over the business and developed it into the Levingston Shipbuilding Company.

An active civic leader in Orange, Samuel Levingston was involved in the Madison Masonic Lodge and helped found the first Presbyterian church. From 1871 until 1891 he and his family lived on an 11-acre tract of land that later became this city park. Levingston died in 1911 and is buried in Orange's Evergreen Cemetery.